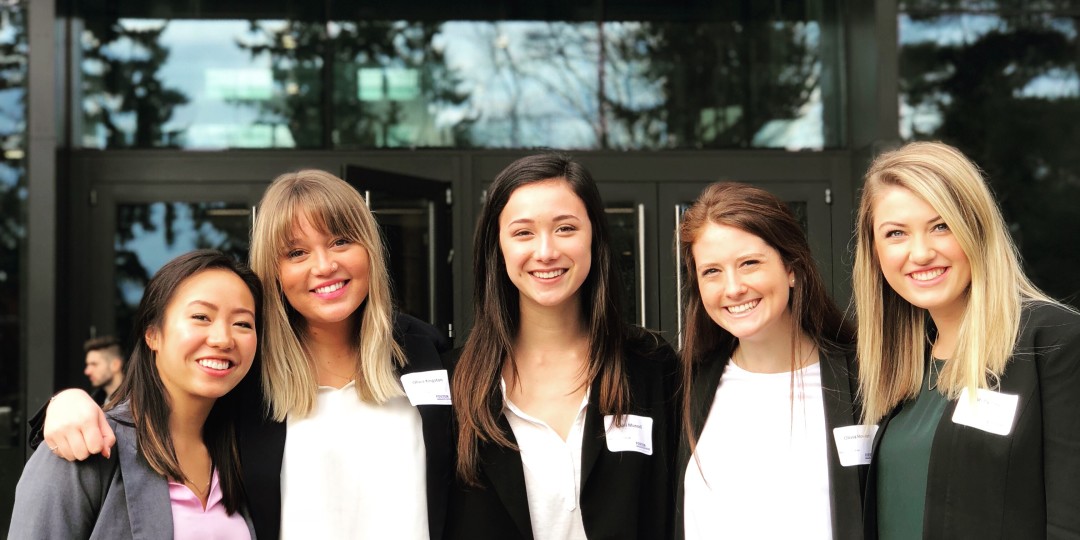 Somehow, I’ve already graduated from the University of Washington. Time flies, huh? Unlike a lot of other schools, we don’t do a final thesis or big essay to wrap up our time as an undergrad–  the business school puts on one big case competition that all graduating seniors are required to compete in. Usually the case is sponsored by a local company, and for my quarter, it was Starbucks. The case was well-written and straight-forward– the cold beverage sector was growing more than ever, and Starbucks had an interest in pursuing a larger variety of frozen blended beverages. The question: should we? The case was very clearly directed towards thinking of different frozen blended beverages that Starbucks could incorporate in stores to boost revenue and take advantage of the cold drink trend. So naturally, we suggested they acquire a kombucha company.

To rewind a little bit, I was nervous about my capstone case since none of my usual case teammates were in my class, but we ended up putting together a killer (all female) team, and having an awesome quarter working on projects together. It was a group of people I’d never worked with before, but it was honestly one of my better functioning groups during my time at UW.

We all read the case and sat down to brainstorm ideas… smoothies? Frozen alcoholic beverages? Shaved ice? But then we stopped confining us to the bounds of frozen and blended. As a group of millennial females (eye roll) we were one of Starbucks key target markets, and that was a huge advantage to use. What drink trends had we seen grow over the past year or so, and expected to continue to flourish in the next few? Kombucha. The answer came easily, and the second someone suggested it, we were all on board. Sure, it was against the grain, but it was a product we truly believed would be successful in a Starbucks store. So now all we had to do was make it a viable option– easy, right? 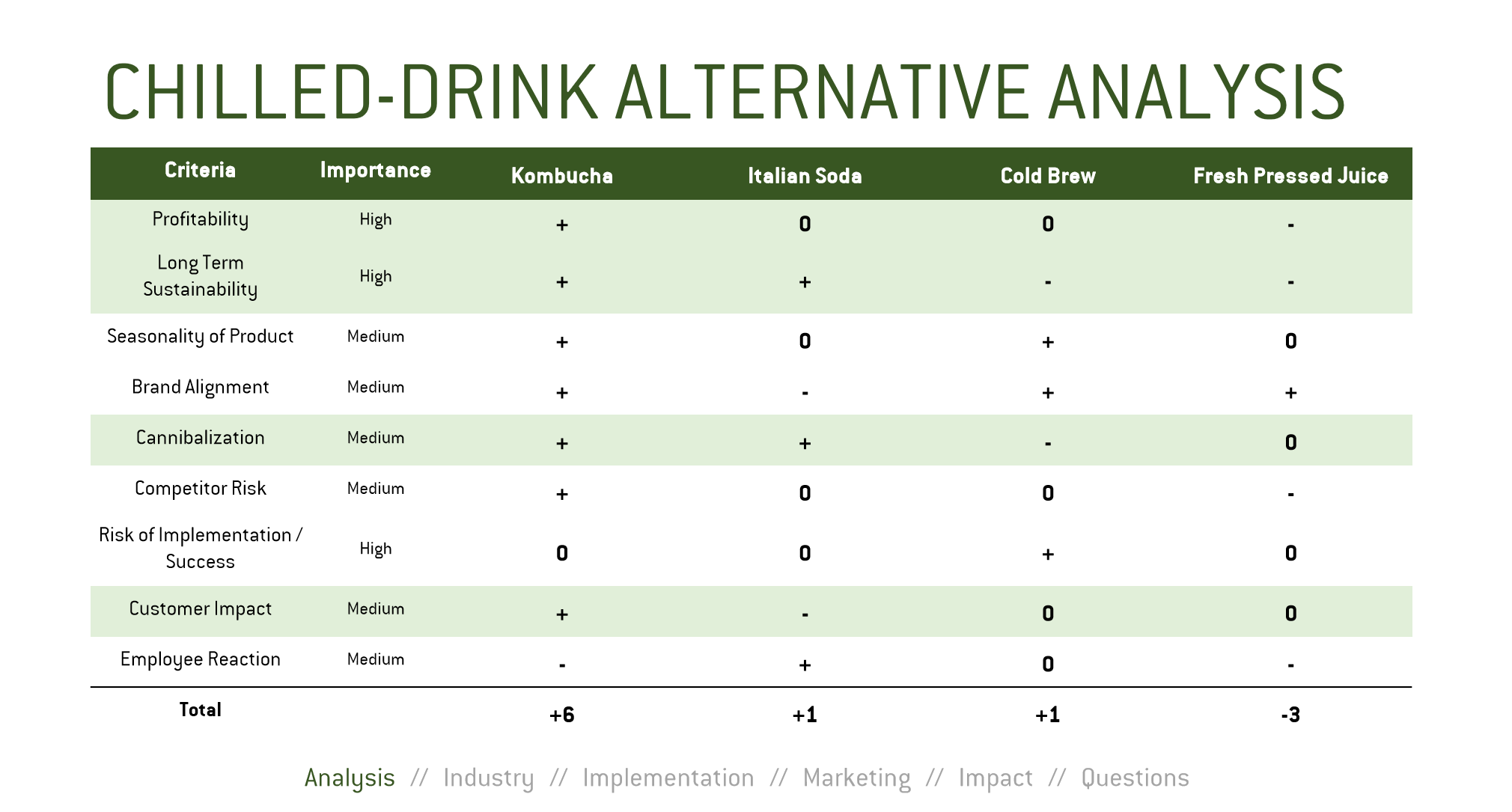 Our next big decision was how were we going to do this… should we make it ourselves (within Starbucks), buy as a distributor from another company, or acquire a kombucha company under the Starbucks brand? If you don’t know what kombucha is, it’s a fermented tea with natural carbonation that has gained popularity in the past few years for its health benefits (although the taste itself is quite love/hate). Starbucks already has a tea brand – Teavana. Could we leverage this somehow? We settled on the fact that Starbucks is notorious for successful acquisitions (Teavana being one of them), and we decided to find a mid-sized kombucha company that had brand awareness and scalability, but wouldn’t be opposed to an acquisition by a big company. 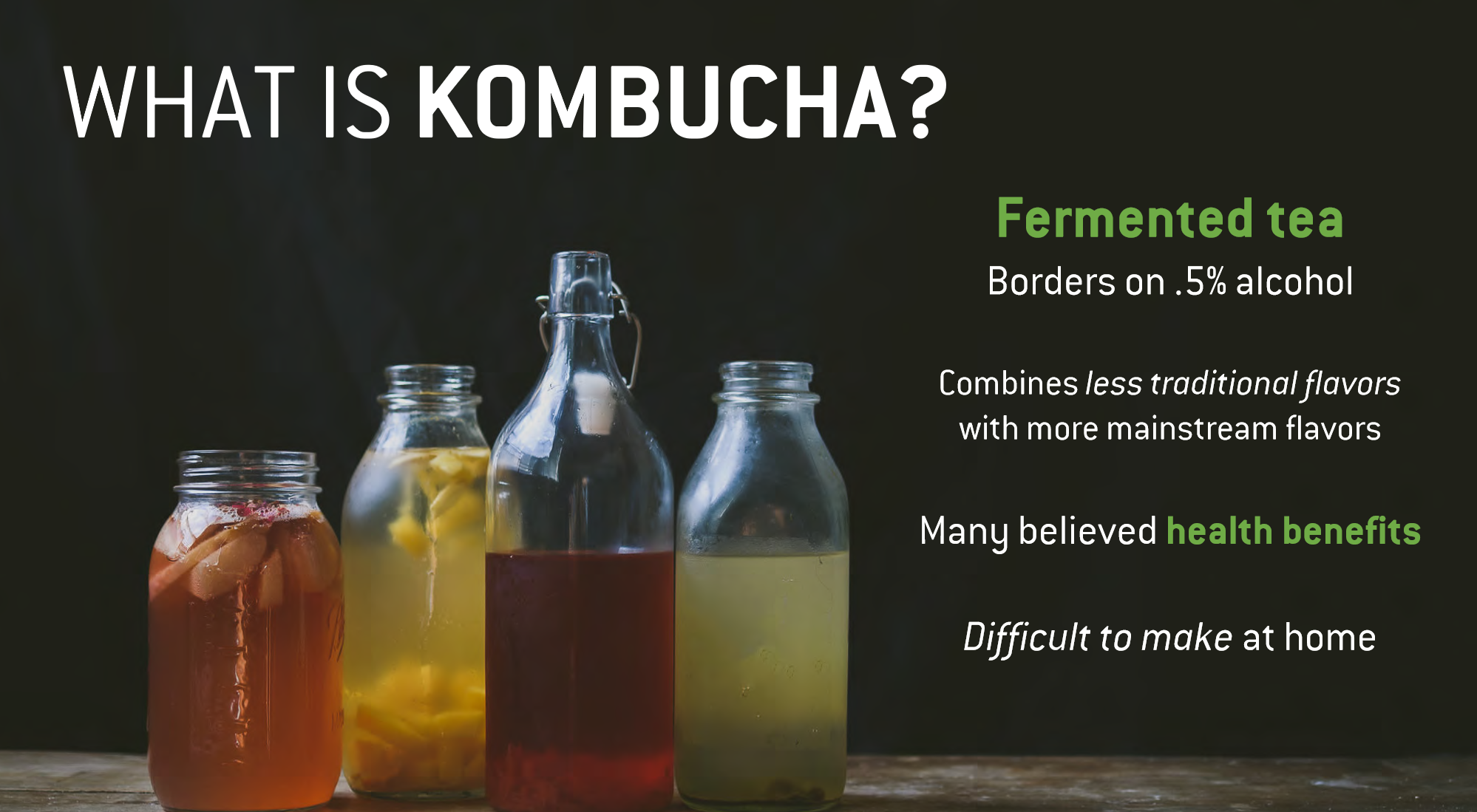 Enter, Brew Dr. Kombucha. The perfect mid-sized kombucha company– not solely owned like GT (the dominant player in the market), and not too small that it wouldn’t be able to handle increased demand via Starbucks. Ultimately, we envisioned Brew Dr. Kombucha being rebranded as “Teavana’s Brew Dr.” or “Starbucks’ Brew Dr.”, and the ability to expand the flavors based on Teavana’s tea flavors. This would leverage the brand name and competencies of Starbucks, but also the facilities and processes that Brew Dr. would bring to the table.

So ultimately our plan was completely off-base of what Starbucks initially asked us to do, and we had to prove it was viable, and the better option to pursue. We carefully balanced our presentation on explaining why we chose to pursue kombucha (rather than a frozen blended beverage) and how it could be successful and generate revenue for Starbucks.

We took a gamble, and we won. The judges were intrigued by the idea of kombucha– maybe they could see our vision too. We won the case and had the opportunity to present in front of the Starbucks product team at the headquarters downtown where we also received a lot of interest in the idea.

It was my final case competition as an undergrad, and the one I’m most proud of. I’ve always been one who’s fairly safe in my ideas in these cases– I like to be creative, but think within the confines of the case. This one we went out of the box, and it paid off. It was an idea we truly saw success in. I can’t think of a better case and team to wrap up my undergraduate career with.